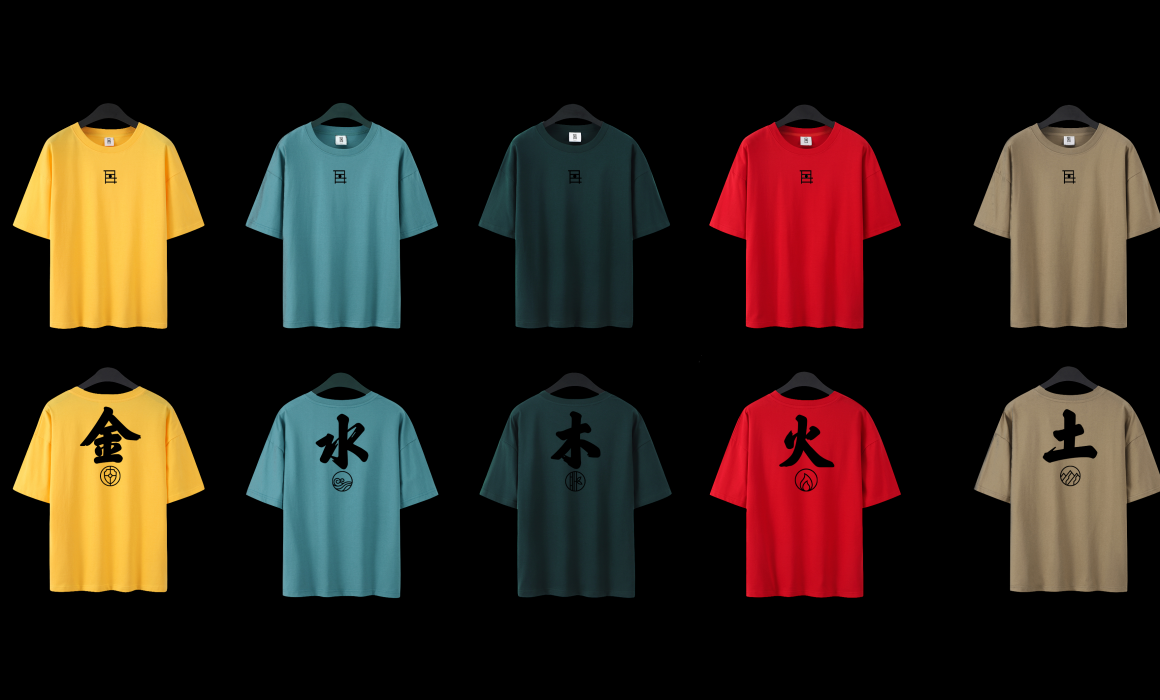 Living in China has really opened my eyes as far as learning languages and culture.
In around April, the Dutch Consulate got in touch with me & asked if I would be interested to join a cultural exchange where several Dutch creatives would be able to show their portfolio, brands & ideas etc.
I took this chance to hold a presentation in Chinese to tell about who I am, my brand & show some of my products.
Since my stay in China is close related to the design of my logo, I explained it. But I will give a more detailed, visual post on that.

Respectively, I also elaborated on the “Wu Xing” clothing series I designed.
“Wu Xing” literally means “Five Elements” in Chinese. It indeed has been inspired by that.
One of the characteristics of my logo is that everyone’s perception is different.
A great example are these “Five Elements” since in the Greek belief, there are four elements. But in China, it consists out of five.

According to Chinese history, they are the most essential materials indispensable to human existence.
The meaning derives from the following:

The five elements grow together:

Contrasting that the elements overcome each other as well:

Inspired by this, I created a line of T-Shirts for each element.
The series relate back to it’s original number, 5.
It has 5 colors, 1 for each element.
Each color has 5 sizes, and there’s 5 of each size.
Because of distribution, this series has only been promoted in China so far.

Everything starts with an idea, a thought. Like a little seed planted in the human brain or in its heart. If you listen to it and are brave enough to follow that idea, and let it grow. That idea can be the beginning of something very beautiful.

Since I was in the beautiful Metropolis of Chongqing, I couldn’t leave without having taken a few nice shots of the city and its surroundings, hope you enjoy: